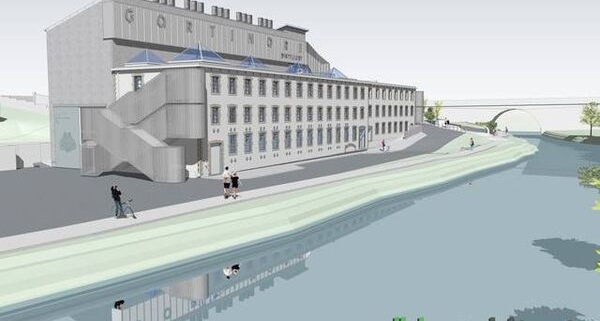 Planning permission has been approved to construct a distillery on the site of The Old Mill former woollen plant in Kilmacthomas, Waterford.

When up and running, Gortinore Distillers & Co hopes to produce a million bottles of whiskey while creating 15 jobs. It will be Waterford’s’ third such facility alongside Waterford and Blackwater distilleries.

Situated 20km from Dungarvan on the banks of the River Mahon, the mill dates from the 1850s and processed wool until 1920. It then housed Flahavan’s Oatmeal and remained that company’s grain storehouse until 1995. Gortinore acquired the lease from Waterford Council in 2016.

Founded by cousins Aidan and Lisa Mehigan in2014, Gortinore launched Natterjack whiskey – named after Ireland’s only indigenous frog- last year. Gortinore currently buys in its whiskey before ageing it in bonded warehouses. Registered in Dublin and backed by Bord Bia, the company distributes to the home market, Britain, Europe, America and China.

Aidan, a former hedge fund manager, says the new venture is “part of our strategy to future-proof our supply chain” and will facilitate“ playing with small-batch limited editions and experimenting with local produce”.

The CEO says the old mill’s character will be subsumed into its new product, including the “re-using of pitch pine from the old conveyor system in the tasting room”. The company will strive to be carbon neutral, he adds.

Waterford firm dhbArchitects are the architects while Lafferty Architects will project manage the estimated €7m development that is being funded by private investors, the EII scheme and banks.

The first phase will cost €1.5m and includes site cleaning and removal of asbestos. Stage two involves distillery installation while the final stage will focus on developing a visitor centre and rack house.

You can find out more about which cookies we are using or switch them off in settings.

This website uses cookies so that we can provide you with the best user experience possible. Cookie information is stored in your browser and performs functions such as recognising you when you return to our website and helping our team to understand which sections of the website you find most interesting and useful.

Strictly Necessary Cookie should be enabled at all times so that we can save your preferences for cookie settings.

If you disable this cookie, we will not be able to save your preferences. This means that every time you visit this website you will need to enable or disable cookies again.

This website uses Google Analytics to collect anonymous information such as the number of visitors to the site, and the most popular pages.

Please enable Strictly Necessary Cookies first so that we can save your preferences!