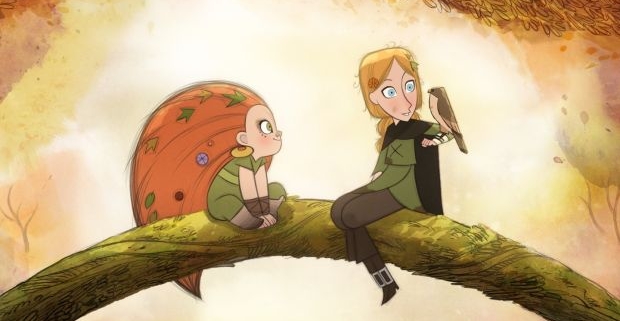 The business continued to grow and hire more staff. The studio has a crew of over 200 artists and technicians in production and project development.

The value of services provided by Cartoon Saloon Ltd to connected firms totalled €9.2m last year. The majority of the work, €5.82m, relates to Cartoon Saloon’s work on My Father’s Dragon for Netflix.

The studio landed its fifth Oscar nomination this year for its hand-drawn film, Wolfwalkers, which is currently available on Apple+ TV. It got a further boost last month when WarnerMedia Kids & Family greenlit Silly Sundays for its new preschool schedules on HBO Max and Cartoon Network.

“ WolfWalkers continued to release around the world this year and will be part of a trilogy collector’s blu-ray box-set together with Song of the Sea and The Secret of Kells, with lots of extras on sale next week and the film is a nominee at the European Film Awards being held on Saturday evening in Berlin,” Managing Director Gerry Shirren said.

Cartoon Saloon previously received Oscar nominations for Late Afternoon, The Breadwinner, Song of the Sea, and The Secret of Kells.

Cartoon Saloon currently have a number of vacancies, see here for more info.

IT Carlow has announced 11 new degree courses in response to socio-economic...